When an RPG has a former villain join the party, it’s at least half-way or two-thirds through the story, which makes sense narratively but also power-wise. The villains usually have more agency and influence than the protagonists. Gaius has a color-coded Sentai team of underlings in Xillia 1 who play off the protagonists, but in Xillia 2, Gaius is alone with his long fire katana and a set of poorly executed civilian clothes. Often, the villain role is that of the former leader of an entire army of minions, like how Bowser is playable in some of the Mario RPGs. FF 4 After Years is not worth playing, but Golbez, the evil general and dark mage, now gets to fight alongside a party of ninjas. These characters are not butlers, pet dogs, or lost children; they are rulers of entire nations. 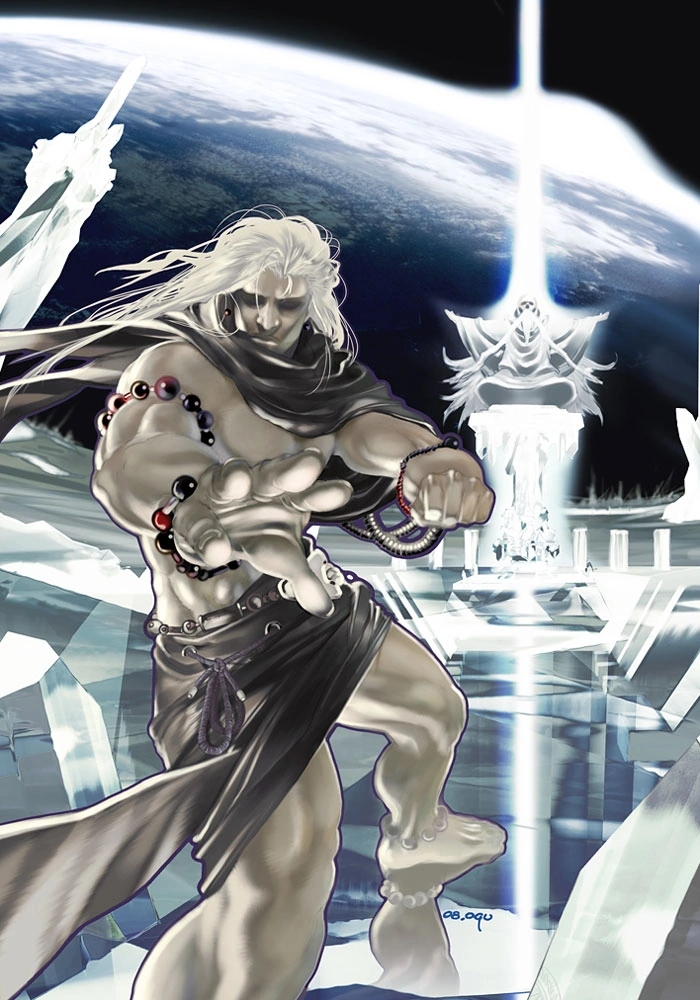 An underlining joke in RPGs are the boss fights with characters that will become playable, but somehow seem worse as party members then bosses. Usual jokes include “you use to have 4000 health points, so why do you now have 400?” and “why is Shroud Shiver, a move you just used each turn in the boss fight, now something you don’t learn for another twenty levels?”. Okage Shadow King, an entire game about defeating the final boss, then for them to be revealed as a fraud, does this constantly. Half the party is made up of former Shadow King of X or Shadow King of Y. My favorite is Epros, or the Phantom Evil King, because he does the great RPG setup of scheming and threating the party behind a mask shtick, then later he is a lousy party member. While not the final big bad, Amarant from FF 9, goes from being a hired hitman to an underwhelming and cumbersome party member. Why is Muzét, a literal goddess that flies and has hair that can be used to skewer enemies, being bested by wild animals and bandits?

Epros passes my first test, which is being a theatric weirdo. But fails my second test for sucking at combat. Cannot win them all.

Making antagonists playable provides space for different perspectives on the character’s motivations. A commonality among the brooding all-in-black types are lost sisters or dead girlfriends. Gaius and Chrono Trigger’s Magus both have sisters that inspire their actions and the DS remake of DQ 4 has an entire post-game chapter dedicated to teaming up with not-Sephiroth Psaro the Manslayer to bring his elf love back to life. Gaius and Muzét are given more fleshing out then these NES and SNES old timers, because Tales of games live and die by people finding their characters likable enough to make key chains. Muzét has an entire arc around getting her sister Milla’s friends to like the creepy accessories she made them, rather than forgiving her for almost ending the world. Gaius, the sole interesting Tales of villain (a problem that an entire other essay could tackle) is the best kind of antagonist, the one who is so relatable and sympathetic as the hero in his own story, that they supersede the real heroes. Gaius goes from being a king who almost wielded ultimate power to protect his country to a simple playboy who must deal with geopolitics that conflict with befriending a group of teenagers. When tasked with choosing between his friendship with these young men and his duty as a king to his people, Gaius chooses his people. However, he’s so eaten up by it that he gives away the icon of his friendship, the camera the young men gave him on their trip, as he feels that he’s not worthy of their friendship. 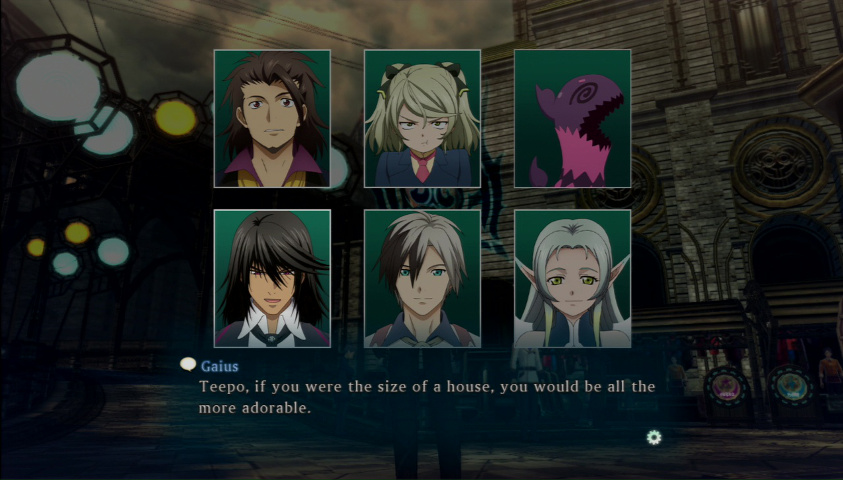 Getting to play with King Gaius and goddess Muzét, the two original villains from the first Tales of Xillia, provided important attention and time to giving these characters internal lives. It gives them hobbies and dimensions, like how Gaius is terrible with modern technology or how Muzét’s sultry older sister archetype hides an easily frustrated women who wants to yell at people for slighting her. A core tenant of RPGs is collecting party members from unusual parts of a fictional world and having them play off each other, and when one of them used to fight against the current party, there are interesting dynamics and subversions that can make a more memorable game. It got me to recommend Xillia 2 as playable compared to the skippable Xillia 1.