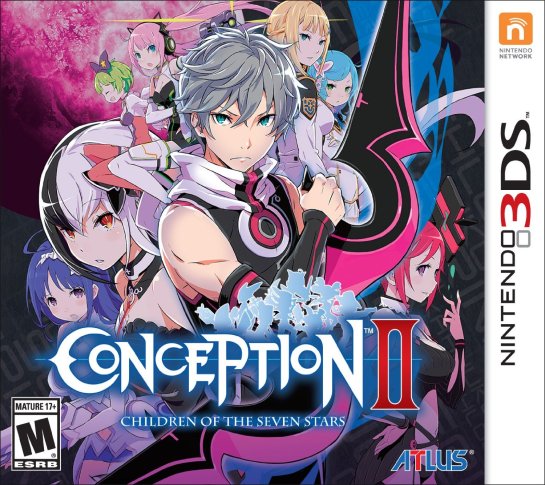 When I initially reviewed Acquire’s Class of Heroes 2, I did a personal check of the high school dungeon crawler to see if it marked every check box on a special list. That list is called the “Francisco Fuentes Big Three”, otherwise known as a set of perimeters or elements a game is to contain to be a considered a Francisco Fuentes game. First is the setting, which has to be set in an anime high school. I’m not talking about your Project A-ko style anime high school with their gangs and mech unit fights, but one with dates and class representative meetings. Second is a usually fantasy (but science fiction can also work) world where everyone name drops specific proper-nouns and terminology and expects the player to keep up. Third is the biggest deal breaker, which is a heavy injection of boys’ romance perversion (think panty flashes and jiggling breasts). Thankfully Class of Heroes 2 well short on the third check box, but unfortunately Conception II: Children of the Seven Stars strikes that final square with gleeful abandon.

Developed by Spike Chunsoft, Conception II   has you playing in a fictional-fantasy world,  as the gray-haired male youth Wake Archus (you get to pick his name, but Wake seems to be the canon name), a recent transfer to an island combat academy. Each student at the academy is called a disciple, as they all share a uniform symbol on their hands called the Brand of the Star God, a mark said to have been bestowed by their god as a means to fight alien creatures that appeared decades ago. Wake learns that he is the fictional religion’s God’s Gift (a title who’s subtlety will quickly appear more Gallagher’s sledgehammer then soft messiah), a forespoken figure whose huge magical energy count allows them to successfully travel through the otherwise hazardous home of the monsters, called labyrinths. 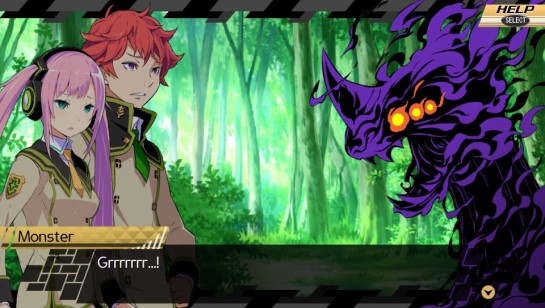 The red-head is named Clotz, the game’s constant reminder that his life sucks simply because you are the cherished protagonist and not him.

END_OF_DOCUMENT_TOKEN_TO_BE_REPLACED 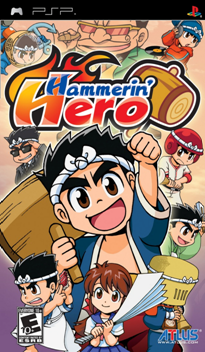 The PSP, out of all the handheld systems that are readily available is one in which I have the least experience. To be honest Hammerin Hero is the first game I have ever beaten on the system. Frankly at launch I was not impressed with the system, I have always been geared more toward Nintendo when it came to buying handhelds. Ever since the original Game Boy up until now I have associated handheld gaming with.Nintendo.  To me, the PSP always seemed to be the awkward kid at the dance sitting in the bleachers that I wanted to go up and befriend but cool, sexy, and super interesting Nintendo was always more alluring. I am probably missing out on a number of good titles on the PSP for instance, hell the Katamari series has a game for the PSP, and Katamari is in my list of top series of games.

With all of the games I have emulated, reaching way back into the NES and SNES library, I realized why Hammerin Hero sounded familiar when fellow writer Franklin Raines assigned me to review it. I had played its’ first ancestor, Hammerin Harry for the NES, not but a few months prior. While researching Hammerin Hero, I learned that the series was created by Irem, best known for the R-Type and Metal Storm series. Remembering how great it was, I was excited to dive into this game and see what eighteen years would do for the series. 2008’s Hammerin Hero released by ATLUS proves to be more than I expected.