A month or so ago, I was looking through eBay to see if I could find some cheap import games. As it turns out, I found Exstetra for the PS Vita at American retail pricing, around 40 dollars (to put this is in perspective, most games sell for at least 60 bucks in Japan). I remember sending the link to Franklin to have him take a look at it. Franklin thought that the aspect of having the main character Ryoma power up his allies by kissing them on the lips was kind of cool. Ryoma’s kissing powers got Franklin and I talking about how some RPGs have attacks that are just downright bizarre. So I decided to put together a list of games, mostly RPGs really, that feature attacks that are odd, bizarre, or have some kind of strange effect that will make you say “what?”.

Yes, Ryoma can kiss guys too. And no neither side is particularly pleased about it.

Suikoden Tierkreis has your allies attacking as groups, including one group that blinds the enemies with their bare scalps.

I’m not terribly acquainted with the Suikoden series but I had a jolly old-time playing Tierkreis on my DS. One of my favorite features were the Unite Attacks, in which characters linked together in some thematic or story-based reason perform powerful attacks.

The attacks themselves ranged anywhere from absolutely badass to just plain goofy. Here’s a link to the majority of them, but highlights include a love-dovey couple fighting together (and pissing off everyone else), a mother training his son and embarrassing him in the process, dandy young men destroying opponents with their bishonen good looks, combining robots, and, perhaps craziest of all, a trio consisting of an assassin, a blacksmith and an ethereal cosmic entity blinding their enemies with their bare scalps.

I wonder is she polishes her head…?

Shadow Hearts From the New World has a vampire that attacks by sucking calories instead of blood.

By now vampires have been used in so many ways that drinking good ol’ blood just doesn’t cut it anymore. I have seen/read about vampires that feed on tears, magic, and inject blood into you, but few are as unusual as Hildegard Valentine, a European vampire touring the 1929 U.S. of A. that consumes calories. As she consumes calories she can go from slim magician to a bat with really high attack power but paper-thin defenses, or a chubby girl with high attack and defense. 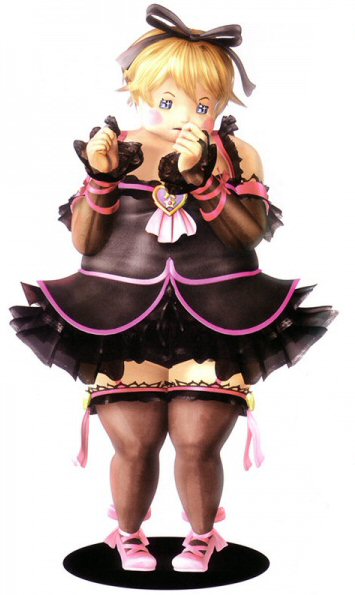 The Disgaea franchise has a long, honor-bound tradition of being as goofy and over the top as SRPGs get.  Nowhere does it become more apparent than in the magichange mechanic, where a monster transforms into a weapon for a humanoid character to use. The character then gains higher stats and new skills from the monster weapon, most of them are a riot, like a succubus that uses sex appeal to weaponize nosebleeds, and zombies making Thriller references, but my favorite has to be the bomb Rube Goldberg machine, which I believe is a reference to the Japanese show Pythagoras Switch. Watch it for yourself. 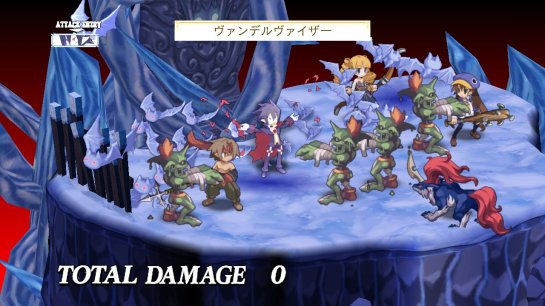 This isn’t even my final form!

Golden Sun: Dark Dawn lets you summon a dragon… made from chandeliers.

One of Golden Sun’s most eye-catching features has always been the summon attacks which range from minor attacks to acts of divine devastation. If there was ever one summon that was truly puzzling for me, it would be Crystallux. A serpentine dragon that seems to be a cross between dragon, chandelier, and skeleton, Crystallux is unnerving, yet completely badass. Good screenshots seem to be hard to find so you can simply watch him in all his glory in this video.

Breath of Fire 3 gives you the power to transform into dragons… and a tsuchinoko.

Ah, Breath of Fire. One of my favorite RPG series and perpetually doomed to be second to RPG’s with better plots, characters, or pacing. What Breath of Fire does great, however, is turning your protagonist (usually called Ryu) into dragons with a variety of powers and effects. Breath of Fire III had the most interesting approach with its genome systems, in which you combined certain properties to create dragons with different builds (standard, pups, behemoths, humanoids) and various elements (fire, ice, thunder, light and darkness) and a very small and fat snake-like being that carries and uncanny resemblance to the tsuchinoko from Japanese folklore, which the English version calls a “pygmy”.

What could I say here? The picture speaks by itself.

Ryu basically turns into a tiny, fat, slug-dragon. No, it’s not terribly useful in battle. Yes, it is adorable.

It is no secret that the Paper Mario RPGs runs on funny, a fact mainly owed the cast of characters that are as crazy as they are diverse. Among Mario’s fighting partners, however, few stand out as much Admiral Bobbery from Paper Mario Thousand Year Door , a hardened man of the sea whose very existence was meant to annihilate all who stand before him, and that is because he is a bomb, a bob-omb to be specific.

That mustache alone has seen more action than most sailors will with their whole bodies.

This is a man who attacks with his concept of being; while others try to become badass, he is perfectly capable of detonating himself and simply showing up behind Mario, ready to explode again at his request. Sure, Bombette did it before him and was cuter, but Bobbery out badasses her with his rugged good-looks.

Fate/EXTRA CCC brings us the most devastating attack of all…Heaven’s Hole.

You have got to respect a game which, despite having no sexual content,  is more sexualized than most eroge combined. One such game is Fate/EXTRA CCC, a sort of sequel, or alternate telling of the original Fate/EXTRA for the PSP. And while I could write about many, many things present on CCC. The noble phantasm Angrya Mainyu/CCC takes the cake.

I don’t get it, why wouldn’t Aksys localize this game?

These are just the ones I put together, if you feel I neglected your favorite game, then feel free to post a comment and I just might redress my wrongdoings with a part 2 article.