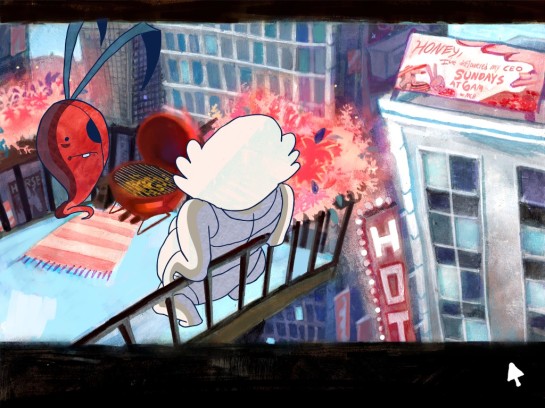 Maggie’s Apartment is a point and click adventure game from 2017 by designer and animator Anatola Howard and programmer Duncan Cross. The game centers on the titular Maggie Mallowne, an underwear-clad young women whose claim to fame is being the president of famous singer Randy Rosebud’s fan club. Maggie would argue her true biggest claim to fame is being Randy’s girlfriend, but she is not allowed to tell anyone this but her talking radish roommate Beauty. Over the course of Maggie’s Apartment’s short length, Maggie finds herself locked down in her 2000 story apartment, a bomb scare forcing her to really dwell on her relationship with her boyfriend Randy.

Maggie’s Apartment’s big draw is that it’s a point-and-click-adventure where the character stays in the same room for the entire game (Maggie does go out onto her patio a few times, but it could be argued that it is technically not leaving her apartment). Maggie lacks the usual point and click standard by not having a pocket/void world inventory system. Any object Maggie would normally collect instead stays fixed to the apartment floor until the plot decides, for example, Maggie no longer,  requires two T.V. antenna to perform a puzzle. However, the game maintains the genre standard wherein most of the puzzles involve combining X item with Y item to make some combination solution. 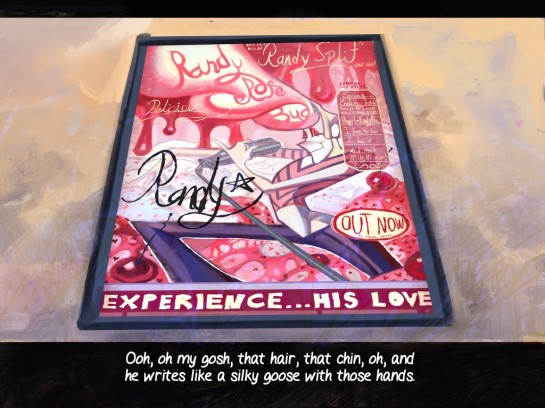 Really wish the developers opened an Etsy shop just to sell this poster.

Game mechanics have never been  point-and-click’s strongest foothold , and Maggie’s Apartment’s small environment does not allow it to escape the genre’s potential for just going down a checklist of every named object in the room and combining them. Now, the puzzles are noticeably easier than average, this coming from someone who plays most point-and-clicks with a walkthrough, but one core conceit required using a guide twice. Point-and-click adventures thrive on limited clickable objects that require interaction by the player, so a reasonable barrier to progress is learning that Maggie can talk to her neighbors through the walls and the ceiling. The game does not hint that these are functions Maggie can use (technically, the game’s Steam page mentions this function in the description, which I did not consider), for instance with cartoony sound lines coming from the walls or simply pumping audio from different sides of the room. This would feel like a reasonable break from the game’s possibly intentionally annoying background music, consisting of different Randy Rosebud songs played on a loop. 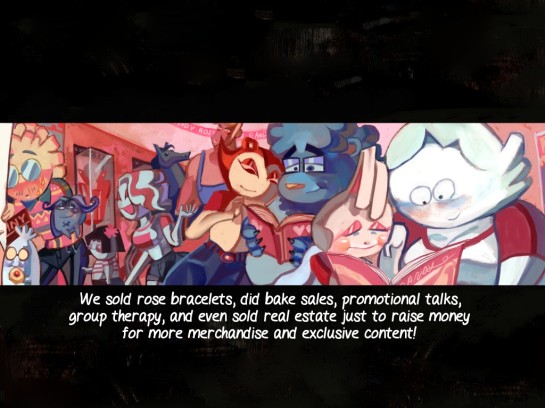 Maggie’s Apartment likes to bury the lead that it is a world populated by animal people.

Stories and characters are point-and-click’s real strengths and Maggie’s Apartment is no exception. Following Maggie feels like working in real time to what ends up being a pretty bad football game evening and much of the game’s story fixates on Maggie’s continued reappraisal of her rather garbage boyfriend. The plot develops in a way that is pretty hard to predict, but there are enough environmental clues that make the final act reveal feel plausible instead of a TWIST. The dialogue has this occasionally dark edge to it that is actually funny. A world where getting someone off the internet is the only way to free up an arguing couples’ sex-bot butler is not without its merit. Maggie’s a nice person who is obviously easily taken advantage of, but her talks with the anti-sun philosopher cactus Dunc and eye-patch wearing radish Beauty are a real treat. Beauty even takes over the narrative around the end, being a supportive, but also realistic friend to Maggie’s abject denialism philosophy. 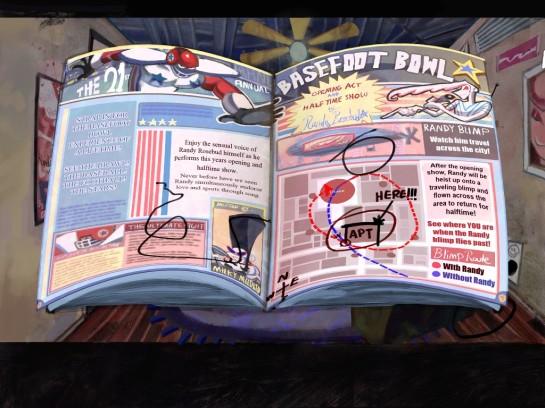 At its core, Maggie’s Apartment is basically a playable art project by Anatola Howard. Maggie’s Apartment has this distinct look to it, where Maggie either walks along a static background or simply pops her head into a picture. This would be standard for point-and-clicks, but Maggie seems to simply be on top of her world then walking through it. Maggie does five extra motions to get in and around the apartment, which is a nice animation flex even if means she will never get better at going in and out of the apartment patio window without falling over. The color palette uses a lot of bubblegum pink, mostly reserved for Randy Rosebud merch or promotional billboards. Most people don’t use screensavers anymore, but one consisting of Maggie’s amazing window view overlooking the 1000-plus floors below with the clothing lines rustling back and forth would be worth it. 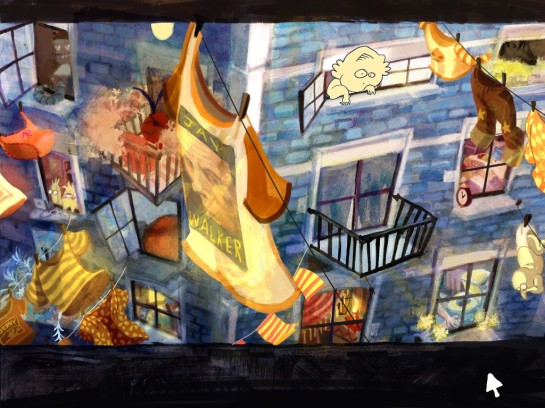 The architectural structure of the apartment makes zero sense and I feel like it shouldn’t be bothering me this much, but it does.

Pros: Excels at the strengths of the point-and-click adventure with an interesting story about fanaticism and denial plus likable characters. Has a weird sense of humor that occasionally lands a few genuine laughs. Wraps itself up before its premise gets too stale.

Cons: Doesn’t give clearer indications about how the apartment walls worked which led to some unenjoyable running in circles. Game noticeably lags during some scenes, which hampers the  otherwise impressive character animation. A puzzle that involves getting officer Rascal to arrest someone on a false charge was pretty uncomfortable.

As of right now, Maggie’s Apartment is only available on Steam, which also includes the game’s Randy Rosebud soundtrack. Short games might be seen as a detriment for some games, but I’ll take Maggie’s Apartment’s single play session worth of material over a much longer game that does nothing for half its run time. Its mechanics are nothing new and some of the humor did not land, but Maggie’s Apartment’s is worth playing for people who like engaging with games that are the personal creative tendencies of an individual or two. I recommend Maggie’s Apartment, as it’s got a lot more to say than what can be gleamed from its simple premise.